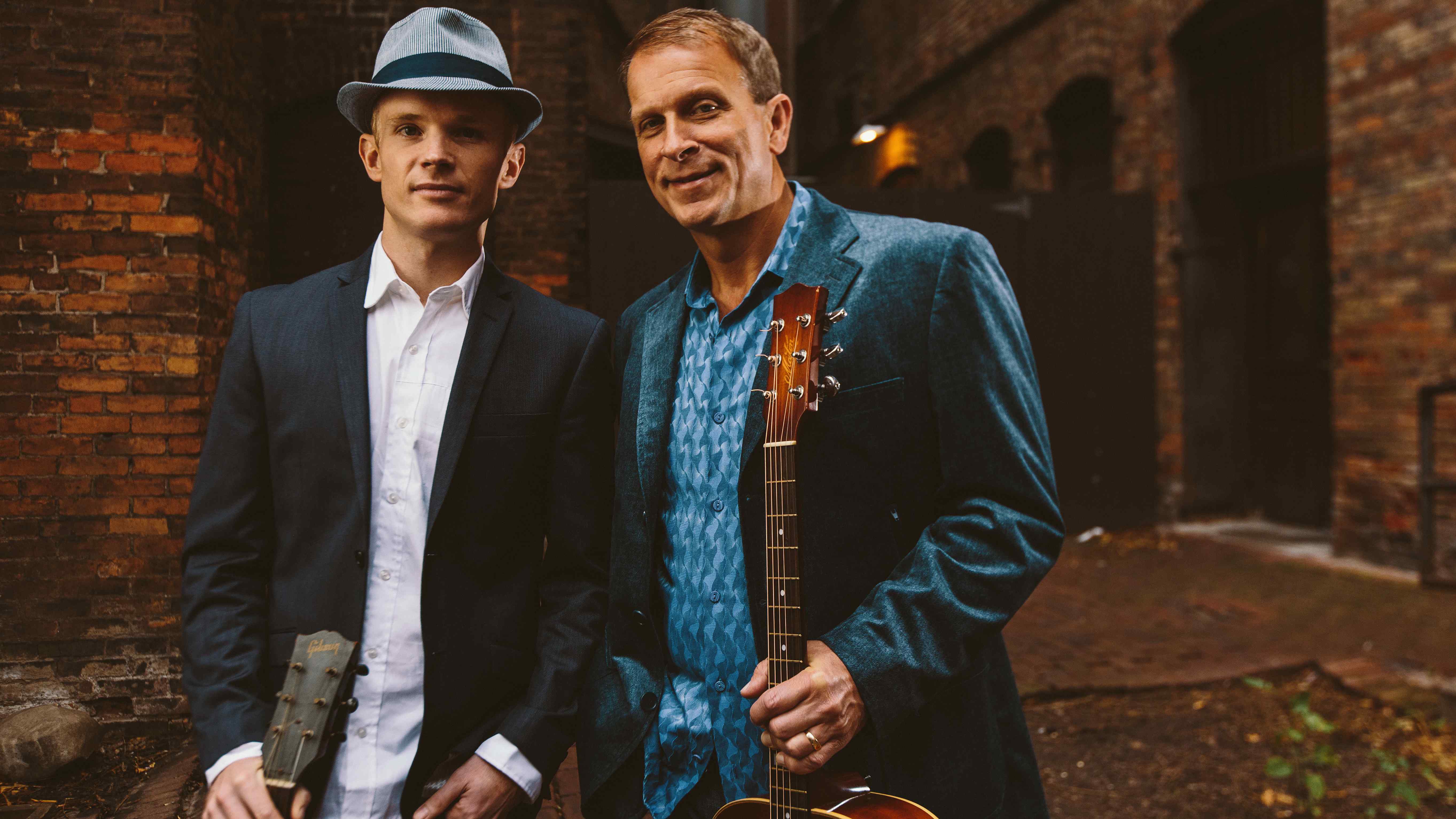 Mark and Loren continue to wow audiences around the globe with their world-class guitar show. New Zealand native Mark Mazengarb and Loren Barrigar (New York) share a unique musical chemistry, and are the perfect match in both virtuosity and sensitive musicality. Their diverse repertoire draws on many musical influences including Americana, Jazz, Classical, Bluegrass, Gypsy Jazz and more. The pair are best known for their rhythmic finger-style technique, beautiful renditions of classic melodies, electrifying improvisation and stunning vocal duets. This is guitar playing like you’ve never heard!

Loren and Mark first met in 2005 when they spent a few days working with the great Tommy Emmanuel at Jorma Kaukonen’s Fur Peace Ranch guitar camp. Mark was completing his degree in classical guitar at the University of North Carolina; Loren was already a seasoned performer in his own right.

They kept in touch and met up again in Nashville, 2010 at the Chet Atkins Guitar Festival which is where they really first started playing together – in the hallways, in the kitchen, in the hotel rooms – wherever they could. Within a couple of days, the director of the festival had had so many complaints about Loren and Mark not being included in the scheduled concerts, that he added them to the final Chet Atkins tribute show on Saturday night. After a standing ovation, and several invitations to perform at various festivals, Loren and Mark decided to make a full time go of their dynamic act.

During the past seven years the duo has toured full time, performing extensively across the USA, Europe, Russia, New Zealand and Canada. They have toured with Tommy Emmanuel, and have recorded 4 SAMMY award winning albums. Their 2nd studio album featured title track Onward which won “Best Instrumental” at the International Acoustic Music Awards in 2013.