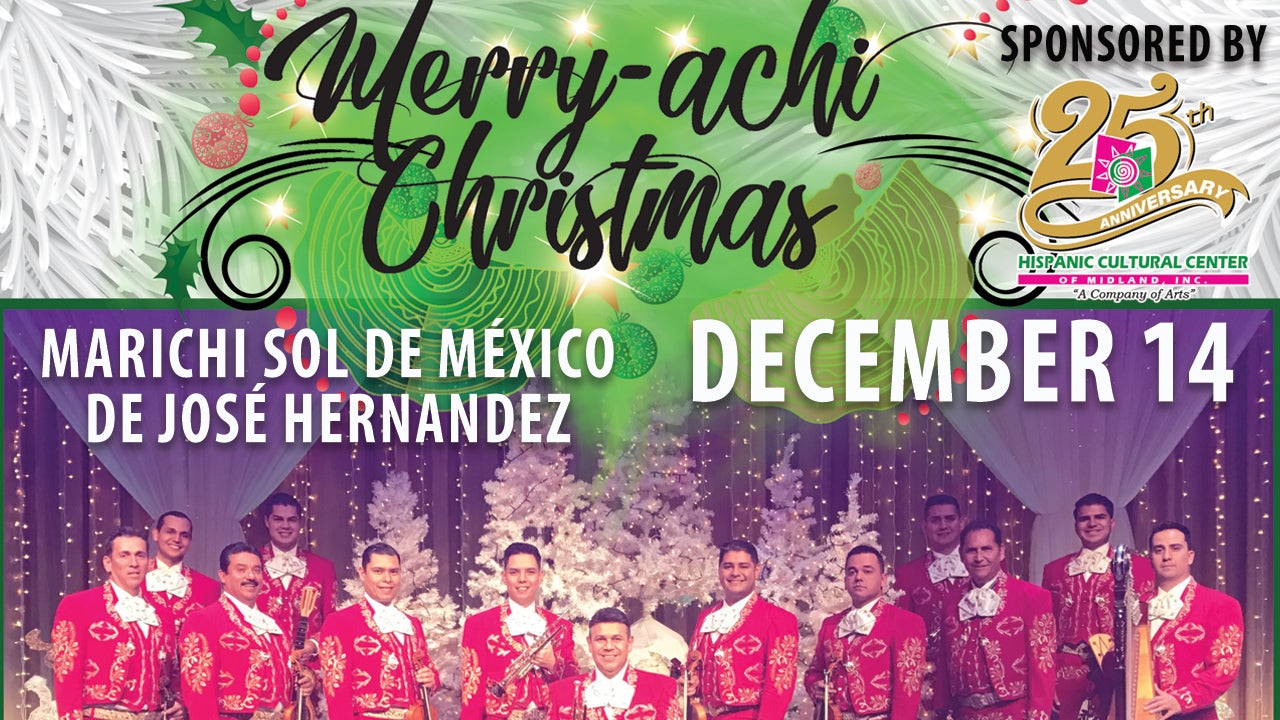 Part of the romance of Mariachi songs is that all things are possible. The humor, the spirit, and even the bittersweet, inspire us to a world where we live out our dreams. In that same way, much of the excitement of Jóse Hernàndez’ Mariachi Sol de Mexico® is that all things mariachi are possible. While his family tree is rooted in five generations of Mariachi musicians that hail from La Sierra del Tigre region of Jalisco, Jose built on that foundation to grow mariachi music in new lands, in new musical genres, and in the hearts of new audiences.

Unprecedented, unrivaled and uninhibited, the impact of Jose Hernandez and his Sol de Mexico® on mariachi and all music is undeniable. After forming Mariachi Sol de Mexico® in 1981, Jose’s charismatic arrangements and signature trumpet playing made the group an instant and lasting success: Sol de Mexico® has played to sold out halls from New York’s Lincoln Center to Viña del Mar in Santiago, Chile. Not only were they the first Mariachi group to play concerts in Beijing, China and Pyongyang, North Korea; the shows were sold out! They have also played for four U.S. Presidents (Ronald Reagan, George H.W. Bush, Bill Clinton, and George W. Bush) including performances at the White House!

Right from the start. Jose has been an innovator, as evidenced by creating a cohesive collaboration with symphonies throughout the United States. The marriage of the styles is so seamless that it seems natural now. “Everybody in Latin America serenades their girlfriend or their wife with mariachi music - because they see it in the movies. But it has evolved so much over the last 20 years it’s almost like a classical art form.” Jose says.

Indeed, the theatrical aspect of Sol de Mexico®’s performances has been an attraction to Hollywood for soundtracks, where he has provided music since the 1980’s. In fact, Sol de Mexico®’s music recently was featured in the movie “Glory Road” and in Academy Award nominated “Seabiscuit.”

Also under Jose’s guiding hands, the art form has taken on many other successful, fun and creative styles – bringing more generations into the mariachi family. He created Mariachi Reyna de Los Angeles, America’s first all-female mariachi ensemble. In 1991 he formed a children’s music foundation, the Mariachi Heritage Society, because the importance of maintaining the spirit of culture is only equaled by the importance of giving children the tools for success in any endeavor.

The versatility of Sol de Mexico® to expand to new audiences has led to fabulous, unexpected collaborations, such as with the Beach Boys and Willie Nelson. Within the world of Latin music, Sol de Mexico® has played alongside stars such as Vicente Fernandez. Selena, Jose Feliciano and a record-breaking concert tour with the one and only Luis Miguel. Jose’s records have been nominated for multiple Grammy awards and it is a tribute to the impact of Jose that Sol de Mexico® was invited to play at the inaugural Latin Grammy Awards.

But more than awards and credits, it is the passion and love of the mariachi tradition that courses through Jose’s veins into audiences’ hearts. Although he has played for heads of state, it is not surprising to see Jose perform at his famous mariachi restaurant, Cielito Lindo. Arranging and writing mariachi music is a legacy that Jose respects and loves. “I am a fifth-generation mariachi musician - my dad came here in the 1940s when there was one place in Los Angeles that had mariachi music and the band had to pay the restaurant owner 2S cents per song to make up for the lost jukebox quarter. But my father always said that the day mariachi music is work is the day you die.”

Jose Hernandez envisioned a mariachi ensemble to reflect the passion of the rich cultural heritage he belonged. When he created Mariachi Sol de México® in 1981, Jose set the Latin musical world afire with new original rhythms, sounds and ideas. Activating this vision has enabled him to truly live as a link to the mariachi medium.

An internationally recognized musician, composer and educator, Jose Hernandez continues to break boundaries in the world of mariachi. A fifth generation mariachi, Jose brings the pleasure of mariachi music to audiences all across the globe. He is the founder of two world-famous mariachi bands: Mariachi Sol de México® and Reyna de Los Angeles®, America’s first all-female professional mariachi band.

Jose continues to advance the art of mariachi with daring new compositions and arrangements. He has composed, arranged, and provided music for 15 Sol De México® albums. He sings, and plays trumpet, violin, guitarrón, and vihuela, and has performed in some of the most renowned venues around the world. He has recorded with the most respected and recognized names in the industry, including Selena, Vicente Fernandez, Luis Miguel, Bryan Adams and the Beach Boys, and has received four Grammy nominations.

Jose’s musical inspirations are rich and diverse, ranging from Leonard Bernstein to Augustine Lara; Glenn Miller to José Alfredo Jimenez. One of Jose’s proudest achievements is establishing the Sol de México® symphony orchestra, bringing this powerful and vibrant sound to mariachi lovers around the world.

Jose is an impassioned ambassador of mariachi music. He is working hard to inspire and empower the next generation of musicians through the educational initiatives he has developed: the Mariachi Nationals and Summer Institute and the Mariachi Heritage Society.

The humble endeavor of Jose Hernandez is to remain the voice and medium for mariachi, to reflect the treasured cultural heritage through the pages of mariachi, to express his soulful vision of mariachi without end — this to Jose, is the Passion of Mariachi.