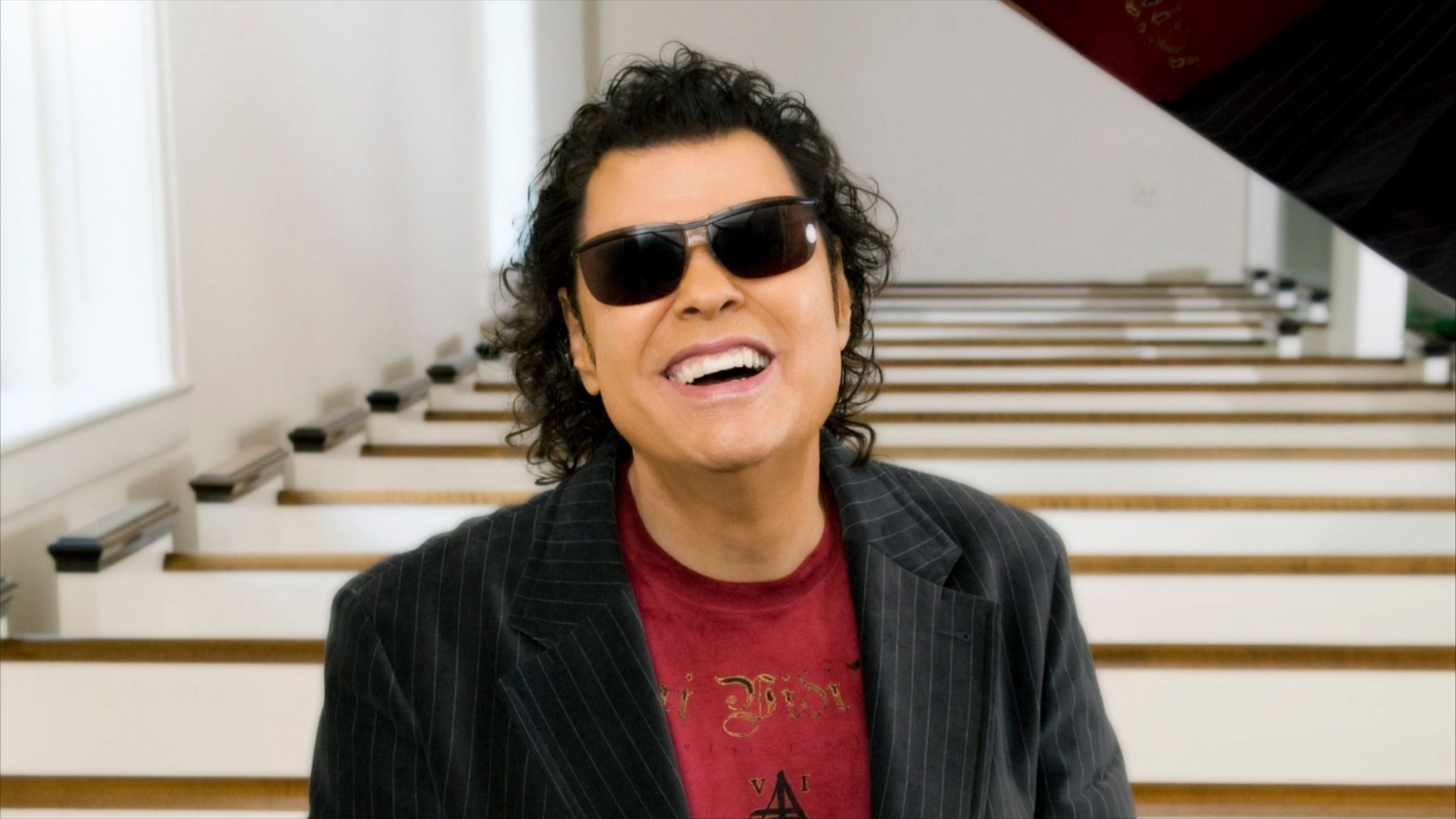 An Evening with Ronnie Milsap Presented by JMT Entertainment will perform at Wagner Noël Performing Arts Center on Saturday, June 18, 2022.

Born blind (his family thought it was retribution for sin), Ronnie Milsap’s grandparents gave the boy over to the North Carolina State School for the Blind hoping for a better chance.  There, Milsap discovered music – deviating from the school’s classical curriculum to explore the nascent realms of race music, rock & roll and jazz.

Being the brilliant kid he was, it wasn’t long until he’d found his way into the local clubs and the tiny indie labels.

Suddenly, he was sharing bills with Ray Charles (who took the Ashford & Simpson-penned B-side to Milsap’s Scepter single “Never Had It So Good” and scored his own hit with “Let’s Go Get Stoned”), and James Brown on a circuit that included the Howard Theater, the Royal Peacock, and more.

It was Ray Charles who told the young pianist when he was offered a scholarship to Young Harris College’s law program, “Son, I can hear the music inside you...”

Living in Atlanta, playing clubs and doing sessions the future Country Music Hall of Famer caught wind that JJ Cale was looking for a keyboard player. Cale hired him. Ronnie went on to work at the Whiskey for a good while.

From Atlanta, Ronnie moved to Memphis where he was doing sessions with Chips Moman, where Elvis famously commanded, “More thunder on the keys, Milsap,” during the recording of “Kentucky Rain.” It was there he was asked to play the Whiskey onthe famed Sunset Strip in LA. While staying at the notorious Hyatt House, Charley Pride, a famous man in country music, saw the white kid playing rock & soul and suggested giving Nashville a try.

Forty #1s. Five decades of charted singles. Creating a new way of recording (being blind his hyper-attuned hearing led him to create/build what is now known as Ronnie’s Place, where the new album, the Duets, was captured), he broke genre rules and became one of the biggest pop/AC and even R&B artists of the late ‘70s and early ‘80s.

Six Grammys. CMA Entertainer of the Year and four Album of the Year Awards. The first country video played on MTV (the ironic “She Loves My Car”). An early champion of NFL star Mike Reid, who wrote many of Ronnie’s #1 hits and who’d go on to write Bonnie Raitt’s second most enduring classic “I Can’t Make You Love Me.”

Always chasing the music, always hungry for the songs, he is now an inspiration for a new generation of country stars from critical standard setters Kacey Musgraves and Little Big Town to CMA/ACM Entertainers of the Year Luke Bryan and Jason Aldean, as well as a standard-setter for friends like Dolly Parton, George Strait, Willie Nelson and even groundbreakers Leon Russell and Billy Gibbons.

In a world of marketing match-ups, the Duets is an homage to blurring lines, great songwriting and vocals that celebrate soul over product – something rare in today’s flashcard jingle country.

But just as importantly, Ronnie Milsap is a testament to going where you don’t belong with an open heart and a true sense of music as compass. A rebel blind boy often at odds at school for following the music in his heart, that music took him to places white people didn’t go... brought him a wife who would be not just a steadfast companion, but a fellow traveller in the songs (they’re still together!!)... give him stages from the chitlin circuit, soul clubs, rock rooms to the biggest arenas, “Solid Gold,” the White House and beyond.

He saw racism inside out. He led with an open-mind, and a hunger to play. He created action in songs instead of words without tangible works. He’s the same guy today, but all these years later, he’s still a man who lives to play.

And man, can he tell a story.